The Importance of Women to be Seen and Heard in the Political Space. 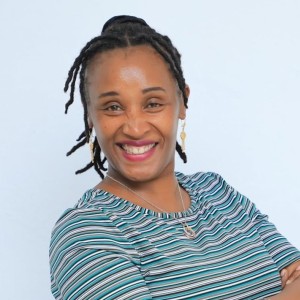 Linda Mariwa Shuma is a politician. Her visibility in that space first came to light during the 2017 Kenyan General Elections. She was the running mate of Hassan Omar Hassan who was vying for the position of Governor of Mombasa and would have made her Mombasa’s Deputy Governor. During the 16th Series of WLW, Ms. Shuma of the NGO WAGE(Women & Girls Empowerment), shared with participants on the importance of women, not only to be seen on in the political space, but also to be heard. Her presentation made brought to light that there was insufficient female representation by women both in the political space as well as other leadership spaces.

To demonstrate how poorly the female representation is in political office in Kenya, and in general, Linda shared the following statistics.

The electoral body IEBC gazetted 1,862 persons as duly elected. Out out of these, only 172 were women garnering only 9% of the total votes. This constituted of 3 Governors, 3 Senators, 23 MNA, 47 MNAs and 96 MCA’s. The success rate of  women in 2017 remained similar to that of 2013 with around 13% of the women winning office. No woman ran for the presidential post.

While the above numbers showcase the female participation in the elections, there were 10 Counties that had no elected women MCAs necessitating in their nomination rather than election. These counties are Kwale, Garisa, Wajir, Mandera, Kirinyaga, West Pokot, Samburu, Elgeyo Marakwet, Narok, Kajiado Isiolo and Embu

Following the 2017 elections, 47 county assemblies appointed their speakers. Out of the 47 Candidates, only 5 women were elected. These women have gone off to have numerous challenges while working on executing their mandate. A typical example is the Nairobi County Assembly speaker Dr. Beatrice Elachis who is constantly being battled by her male counterparts.

The Senate and the County Assemblies have a total of 27 standing committed. Just three of these committees are chaired by a female. That is at the National level. When it comes to the Senate, the is zero female representation.

It is clear that while the constitution stipulates that there should be a third female representation across the board, this is not the case on the ground. The one third gender rule is being flaunted.

Mombasa County has just one one Women’s Representative member of the National Assembly.

During the 2017/2018 elections, Linda Mariwa Shuma was the single female candidate for the post of Deputy Governor out of the total of 7 candidates that vied for gubernatorial seats. The question that arises is why  there is such poor representation of women in the political from.

On the non-political scenario, the picture remains gleam. At the National Level, the only woman in the board of 15 members is Fatma El Maawy. She is the 2nd Vice President.  The scenario in Mombasa County is no better with just 3 board members out of a 13 members are women. Out of these, two are elected and one is a nomination.

Women Must Be Seen and Heard.

The Kenyan population statistics reveal that there are 500,000 more women than men. In spite of this, women are not well represented in places of leadership.  While it is the women who struggle with ensuring that children are in school, it is the men who get to sit in the School’s Board of Directors. Women’s presence in the Estate committees is relegated to just attendance and yet they are the backbone of our homes. It is a high time that they are not only seen but also heard. It is their voices that will ensure that:

In spite of the challenges that women face, it is now time for them to jump the hurdles and offer themselves for elected office. The female gender must be in the space where the policies that affect their lives are made. Women’s lives matter.

Data is courtesy of:  https://www.ndi.org/publications/gender-analysis-2017-kenya-general-elections